In 2009, I was the co-writer of a ‘good news’ show called Deliver!, which aired on Venus TV in the UK. In the last show of the season, we covered an ‘alternative’ economy model called LETS (Local Exchange Trading System) that was helping communities across the planet to get through recession. We described it as something that takes money ‘out of the equation and rewrites the rules’. It’s still up at YouTube here:

Fast-forward a couple of years to 2011, when Dr. Imran Chaudhry at Pakistan First Research Institute, the research division of PakistanFirst, asked me to co-author a paper for an alternative economy. (I had worked with PakistanFirst once before in a consultative capacity, on a paper making recommendations for provincial reforms in Pakistan.) He was aware of the alternative economy model covered in our news show, and liked the idea enough that he wanted PakistanFirst to present a model specifically tailored for Pakistani rural communities and villages. The resulting paper offers a system based loosely on LETS. We’ve dubbed it VSLE (Value, Skill and Labour Exchange). Like LETS, it’s interest-free and works on the principle of cooperation (collective interest) instead of profit (self interest), but it also has some distinguishing features of its own.

The paper was completed a few weeks ago and it has just been published at Smashwords under the grand title, Emergency Economy (though it’s not necessarily a model just for periods of recession; and its comments apply beyond just microeconomy).

Click here to pick up a PDF copy of this paper for free. You don’t need an account to download it. The provincialism paper I mentioned is available for free as well.

Marghdeen Learning Centre participants: I’d be particularly interested to know your thoughts on this, in light of the fact that the next MLC course promises to contain something ‘practical’. Do you see any similarities – in principle – between this alternative economy model and the ‘Marghdeen’ that Iqbal envisioned? Even if you don’t read the paper, the above video should give you a good idea of what I’m getting at. And this recent post offers a clue as well. 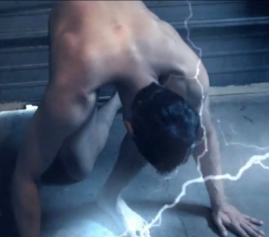