Seven years to the day after the original release of Secular Jinnah & Pakistan: What the Nation Doesn’t Know, I am pleased to announce that the second revised and enlarged edition has just gone into print, with a brand new gold version of the original cover. Oh, and with plenty of revisions, of course. They include: 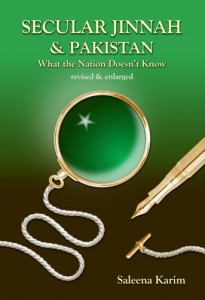 I know this comes as unexpected news for a lot of readers, but I decided not to publicly announce the release beforehand just in case it was not possible on Christmas Day.

The book – of which two translated editions are also in the works – have been published by the University of Management and Technology Press (UMT), Lahore. Today’s edition is published collaboratively by Libredux and UMT Press, and the same book will also be published in Pakistan by UMT Press in the coming months.

The book is available at Amazon, both UK and US (not necessarily purchaseable yet) here.

For further information, please contact me by email (address available at this site and at the SJ2 site).

To pass this news on, please hit the ‘share’ button below.