Trivia time: Here are five things you didn’t know about the novel and its characters.

1) The Original Conspiracy: Read the copyright notice at the beginning of the novel for a hidden message.

2) Names: The names of most key characters in the novel carry significant meanings (Aaron, Adam, David, Omar, Kingswell, Kash, Peter). But the names Elise and Hitoshi are special because their respective meanings were not known to me when I chose them. They are a neat case of synchronicity.

Elise is a modern form of the Hebrew name Elisheva, meaning ‘My God is an Oath’. This has implications for the Cohesive Ethics theorem (which I won’t explain here); it connects directly to ‘Leon’s promise’ in the novel; and Elisheva also happens to be the wife of the Prophet Aaron in the Bible. Hitoshi means ‘equal’, ‘even-tempered’ or ‘simultaneous’ depending on the spelling. This makes perfect sense when you know what Hitoshi’s problem is!

3) Three ideals: Peter, Hitoshi and Aaron represent the three separated ideals of justice, liberty and unity respectively. Elise represents humanity encountering these three ideals in their ‘separated’ form, i.e. the limited way that we view them.

4) Three evils: The evil organisation E3 is described in the novel as being made up of three divisions: Political, economic and religious. These three divisions are taken from the three symbols of tyranny listed in the Quran: Pharaoh, the representative of political tyranny; Qaroon (Korah), a wealthy magnate representing economic tyranny; and Hamaan, the high priest of the temple of Ammon who represents religious tyranny. All three of these figures were contemporaries, and they also represent the mirror opposites of the Cohesive Ethics ideals: oppression, injustice and disunity respectively.

5) The song and its writer: The song My Fate which appears in the novel originally had different lyrics. It was recorded under the title Ablaze, but I was never satisfied with the lyrics or the melody (an extract of that song is still lying around on the net). The present one is not yet recorded, though it has a melody.

The first verse of the present song represents David’s viewpoint, and the second verse represents Adam’s. The chorus and bridge represent Hitoshi’s outlook.

And this brings us to why Hitoshi is a lyricist. He is the reincarnation of David, whose Biblical counterpart was the bringer of the Psalms, a poetical form of Revelation often set to music.

As SJ1’s readership grew, so did the requests for a sequel. At first I only intended to release a revised edition and call it SJ2. And yet, all sorts of new information kept cropping up on the Pakistan story. My minor list of revisions soon became a monster file of notes which couldn’t be organised except in the form of a new book.

Then between late 2006 and mid-2007, two things happened to affect both the as-yet unwritten SJ2 and Systems. First, I came up with the ‘theorem’ for the novel in a kind of eureka moment, though this had been building up for some time. As I mentioned in Part 2, before this point my ‘ideal’ system model for the fictional Systems Experiment had been nothing more than a name. This was because I’d been semi-consciously aware that a fixed system was problematic. If I described the features of this system in the fiction in detail, it might be set in stone and treated as some fixed ideology. Fictional or not, I’d instinctively known I wanted to avoid that. 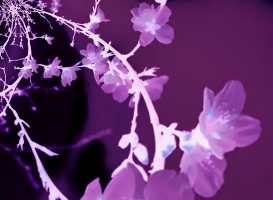 The fact that an ideal system is never fixed (because evolution itself is a Natural Law) now registered in my conscious knowledge for the first time. This was thanks largely to my in-depth study of the Pakistan story and in particular the thoughts of Jinnah and Iqbal (in that order. Jinnah’s  intelligence and acute ethical awareness remains greatly under-appreciated even among the experts). And so all the pieces came together. The idea (it had no name at first) was very simple and based on common sense. If you assume that everything in the universe has a common starting point of some sort, and you assume that the laws of nature also have the same starting point, then all ideals have the same starting point too … in principle. And just as the universe – with its zillions of atoms and subatomic particles and other seemingly separated bits and pieces called gravity and black holes and dark matter and space and time – actually remains one in principle, then all universal ideals must really be aspects or derivatives of a single common ideal.

I also remembered my old issue with that SJ1 appendix – the two irreducible ideals of justice and freedom. As it turns out, the two really are irreducible for reasons I won’t explain here, but whilst we often treat them as separate and ultimately incompatible, they really are not. In combination they represent one ultimate principle. I would later call this the Single Source Principle (though this part of the theorem was never explained in detail in the novel). Of course to many people it’s better known as Oneness, or Unity. 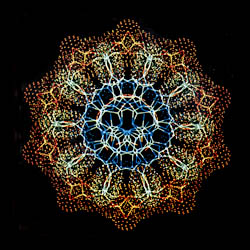 Computer-generated cross section of DNA, from a top-down view.

At any rate, I finally had the essence of a testable ‘theorem’ (for the fiction, at least). As I put it in Systems:

It seemed natural to call this relationship cohesive ethics; like a kind of ‘theory of everything’ for universal ideals. (I later tacked on the word ‘theorem’ in the novel for effect). To my mind, any social system built around the ideals of both justice and liberty together would be acting in harmony with the Natural Order and so was bound to succeed. Its exact structure – the minor details – wouldn’t matter. What would matter was its type … what it aimed for … its spirit … its ethical DNA. And by virtue of a beautiful accident, I already had the perfect name for this type of system: Libredux.

… a social system with no fixed rules, except for one binding principle which could not be broken under any circumstances.

Now I had almost everything I needed for the novel. But it still wouldn’t be finished for another five years.

Second, in around May 2007 I had some interesting correspondence with the late Pakistani parliamentarian MP Bhandara, which led to my inadvertently becoming involved with his constitutional bill to make the 11 August 1947 speech of MA Jinnah a ‘substantive’ part of Pakistan’s constitution. Again, details aren’t important (though we’ll touch on it in the next part; the whole story is in SJ2’s appendix in any case). But that experience showed me just how important a strong constitution is. It also alerted me to the fact that something extremely important might be missing in Pakistan’s constitution – something that was leaving its fundamental sections open to misinterpretation.

Connectivity: The essence of a believable story

One of the most appealing things about fiction is that a story can take place anywhere. It can occur in a house, or a space ship; on planet earth or in the afterlife. It can be based on an hour-long event or it can spread itself across several generations. The characters can be any creature you like. But however much we let our imaginations run wild, a good story must be believable – at least in human terms. It must appeal to the intellect or our emotions, preferably both. It must be wholly acceptable to the audience even if we ask them to suspend their disbelief about the settings or even the physics of your imaginary universe.

So what makes a ‘believable’ story? Short answer: connectivity. Why? Because connectivity is a given real life. Everything exists just so. Water always freezes at zero degrees. Gravity keeps us safely on the ground. Everything in the universe behaves in tune with everything else. The laws of nature are all inter-connected. And stranger-than-fiction coincidences are abound.

The law of connectivity – or, to use the technical term, reincorporation – is likewise a must in making the parts of your story work cohesively. But not coincidence. In fiction, coincidence – like the cavalry turning up just in time to save the hero – is considered too convenient. Although some writers think it’s okay to have a ‘bad luck’ type of coincidence (say, a car failing to start in a chase scene to prolong the tension), I personally find that kind of coincidence just as overly convenient and off-putting as the other type.

The TV series Doctor Who appeals to so many people because the Doctor is able to connect all sorts of things in his mind – no matter how obscurely – and also because the writers like to make connections to a single main story line in nearly every self-contained episode. Every detective and mystery story also relies heavily on reincorporation.

The more you can connect things in your imaginary universe to each other, the more ordered, in tune – and therefore believable – your story will be. This allows for events to be set up which would otherwise become coincidence. (Foreshadowing – the provision of hints about events at the end of your story – might be considered a form of reincorporation.)

I must admit, connectivity comes to me quite naturally. I applied a similar device – albeit in a different way – in both my non-fiction books. In Systems, almost everything is connected to something else, conceptually or otherwise. For example, early in the story I show that water has a ‘dampening effect’ on the characters’ psychic abilities. For the serial killer (Peter Manner), this dampening effect is a blessing and a way to get away from the energies of countless people he can feel for miles around. For the police officer (Elise Archer), it impedes her work as a psychic aide in police investigations, since she can’t, for instance, sense danger when she’s around water. This minor issue becomes all-important in the climax scene, which occurs at a dam.

Have you got any examples of reincorporation from your own fiction, or from someone else’s?