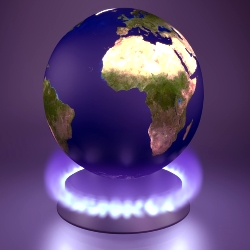 We are fast reaching a crisis point that affects us all, wherever we are. It’s more important than the economy, local or international; it’s more pressing than any war; a greater threat than any government, religious group or financial giant; it matters more than anything happening in any country. It’s the biggest issue of our time, and it affects not only our generation, but future generations as well. In short, it’s a question of life and death for every single person in every single country, and in fact, for every living thing on this planet. 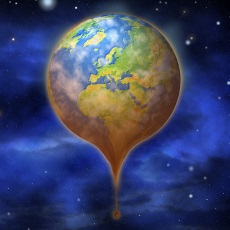 The great tuning out

We’ve all been aware of climate change for a few decades. Many of us, myself included, have been hearing about it since childhood, and more and more often as we grew up. Unfortunately, these days we hear about it so much on the news and through other media that we’re tuning it out, treating it like some annoying advert that we don’t need to hear again and again.

But we do need to hear it. More importantly, we need to act. Immediately.

The well-known social activist site Avaaz.org has described it in these sobering words at their site and by email:

Scientist Julienne Stroeve has studied Arctic ice for decades. Every summer she travels to north to measure how much ice has melted. She knows that climate change is melting the ice fast, but a recent trip surprised even her. Vast areas of Arctic ice have disappeared, beyond our worst expectations.

This is what the experts warned us about. As the earth warms, it creates many “tipping points” that accelerate the warming out of control. Warming thaws the Arctic sea ice, destroying the giant white ‘mirror’ that reflects heat back into space, which massively heats up the ocean, and melts more ice, and so on. We spin out of control. In 2013 everything — storms, temperatures — was off the charts.

Scientists are screaming from the rooftops that climate change isn’t just a bit of warming and some more storms. No exaggeration, our actual *survival* is at risk — this is a fight to save the world.

The situation is serious enough that the UN Secretary-General Ban Ki-Moon has arranged an emergency Climate Summit at the UN New York headquarters to be held on 23 September 2014. Social activist groups such as 350.org and Avaaz.org are already in the process of rallying ordinary people across the world to collectively call for affirmative action before it’s too late. They will be part of an international People’s Climate March on 21 September.

The ultimate aim of the march is to deliver a petition calling for the international community to make a concerted move away from dirty fuels like oil and coal, to 100% clean energy sources. If you think this sounds unfeasible, consider this: 20% of the world’s electricity is already generated from renewable sources, and solar power is now cheaper than coal in many countries, including the USA and Australia (in the case of the latter, consumer choice in favour of cheaper solar has made coal entirely unprofitable, prompting a British newspaper to declare: “Solar has won“). While this is all good news, we need to push for more.

The petition will be delivered to leaders at the summit, and it needs to have as many signatures as possible to make a positive impact. Avaaz has set up its petition online with a target of getting at least 3 million signatures. To add your voice, sign it here:

Noam Chomsky | Owl of Minerva’s View: ISIS and Our Times

Postscript: This site and the Secular Jinnah site will be observing a “blackout” in the days just before the summit. This post will display at both sites’ home pages to help raise awareness.