Note: I accidentally titled this ‘Rebirth of Thought’ when it should have said ‘Reason (for) Rebirth’. Corrected now. I’m half asleep today!

Note (again): It was really bugging me why I had thought ‘raison’ meant thought, so I double-checked. Turns out that when I originally chose the word ‘raison’ (some years go), I picked it for its second meaning: reason, mind. So my memory wasn’t mixed up after all. Note to self: Never second-guess yourself during a migraine!

I intended to put up an entirely different post today, but will leave that for later (though that one is important too). Just wanted to mention something that has come up at the Marghdeen Learning Centre’s present course, The Wisdom of Moses, where Systems also happens to be part of its required reading list.

This week’s question was asking about what is common between two seemingly unrelated passages written by Iqbal. They are quite long so I won’t reproduce them in full here, but in short both of them mention the passage in the Quran in which there is a reference to ‘resurrection’ or ‘rebirth’.

As Iqbal quotes it:

Aside from a few who believe that this is literally a reference to reincarnation on earth (and yes, I used reincarnation as a metaphor in Systems), most understand that this is a comment on the recycling of the universe (including life), and it is also a statement on the birth and rebirth of humanity as a whole, treated as a ‘single soul’. In addition, it’s saying that the fate of human society rests equally on each and every one of us. So each of us is also society (or humanity), and what every one of us does will affect its evolution.

But there is a bit more to it than even that – from Iqbal’s viewpoint. He was interested in the method for reviving society. His comments from the two aforementioned passages are as follows:

First passage: Allahabad Address: Is it possible for you to achieve the organic wholeness of a unified will? Yes, it is. … Pass from matter to spirit. Matter is diversity; spirit is light, life and unity. … One of the profoundest verses in the Holy Quran teaches us that the birth and rebirth of the whole of humanity is like the birth and rebirth of a single individual. Why cannot you … as a people, … live and move and have your being as a single individual?

Second passage: The Reconstruction of Religious Thought in Islam: A living experience of the kind of biological unity, embodied in this verse [as cited above], requires today a method physiologically less violent and psychologically more suitable to a concrete type of mind.

Now this has caused a stir over at the course. What is biological unity? What is ‘rebirth’? How do we achieve it? What does Iqbal mean when he says about society: live and move and have your being as a single individual? 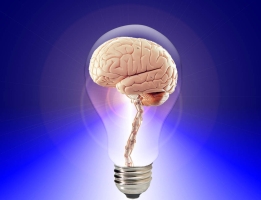 The question becomes easier to answer if it is reworded: How do we reboot the mind (of society)? Obviously, through re-education, or, in biological terms, by rewiring the brain. We know how difficult it is in science to differentiate between brain and mind anyway. (Now you also know why reincarnation and psychic ability – what Hitoshi called a ‘worldwide neuron network’ – appear together in Systems.) If a society can achieve this, it will also achieve unity of collective thought – and unity of purpose. This is what the theorem (and the Systems Experiment) in the novel highlights as well (Chapter 11). Oh, and it was something I mentioned a few times in SJ2 as well, though there it was phrased ‘intellectual unity’. 😉

In other words, this is all theorem stuff again. My favourite Iqbal line, the one I call the ‘muse’ for the theorem, speaks of rendering the three intangible ideals (equality, freedom, solidarity) as ‘space-time forces’:

Muse line (Reconstruction): The essence of ‘Tauhid’ [Unity of God] as a working idea is equality, solidarity, and freedom. The State … is an endeavour to transform these ideal principles into space-time forces, an aspiration to realise them in a definite human organisation.

As far as I understand it, there is scant difference between this passage about the ‘state’ and the ones about ‘biological’ unity. Both are describing the meaning of true Unity. It’s just the subject that differs. One is the human being; the other the political state. In fact, the muse line technically mentions both ‘state’ and the human being (‘human organisation’). 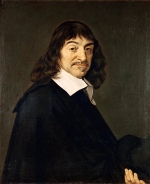 Incidentally – more trivia for you – a key location (and a chapter) in Systems was quite deliberately named René Raison dam. It was a wink and a nod to René Descartes, the father of the dualist doctrine, as well as a phrase in French –  ignoring the bad grammar. 🙂 Literal meaning is in the title of this article, and its implication is that we need to rethink what reality means. Is it split into spirit and matter, unseen and seen, thought and material, body and mind, space and time?

Or is it Unified?