(If you haven’t seen it already, read the introduction to this mini-series here)

The first book I ever started – long before even SJ1 – was fiction. For a long time I had notions about the emotional content, and that it should be an epic. I even developed the characters, and knew that the story would contain a quest for a valuable item, but otherwise there was no solid plot. It refused to come together because it lacked focus. The thing had a beating heart, but no brain. Or maybe it was the other way round. 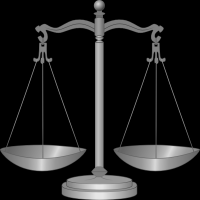 Scales, representing justice, were originally going to appear on the cover of 'Systems'

Whilst I said to friends that I was writing a novel, my only published writing was in the form of a few literary columns, and some Urdu-to-English translations of articles. Then suddenly in 2004 through my translation work, I happened to uncover what would later be called the ‘Munir quote’. This was the start of Secular Jinnah (2005), and my journey learning about the Pakistan idea. Funnily enough I didn’t even like politics (and still don’t!), but as I soon discovered, the Pakistan story was more than just political history. It wasn’t just another redrawing of the world map. It had a higher, noble idea at its core that truly resonated with me. I will explain why in the next post.

GERM OF AN IDEA

In mid-2005, I was finishing the final draft of SJ1 and putting in a few appendices. The book was short and didn’t explain anything about Pakistan’s founding history in much detail, but it had discussed the universal principles of the Quran that inspired so many Muslims during the Pakistan movement and which they expected to see become a reality in their new state. For the second appendix item I wanted to create a short list of these principles, about a page long, of the universal human rights that are also mentioned in the Quran. But I wanted to stick to basic principles, i.e. the ideals, in part because this is what the Quran itself does, and also because Jinnah had placed emphasis on the same basic ideals.

So I got thinking about human rights. 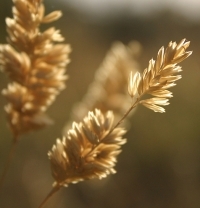 … And so on. But I soon realised that most of these items could be grouped together by their corresponding ideal. The first two of the above list could be grouped together under the ideal value ‘freedom’, and the latter three under ‘justice’. I also recall thinking that many (if not most) of these and similar principles could be classified both under freedom and justice. In fact these two seemingly separate ideals are ultimately united, but I hadn’t recognised this yet. Nor did I know that this was the germ of the idea for what would later become the Cohesive Ethics Theorem.

And how many ideals were there? Try as I might, I could only think of two: justice and freedom.

Earlier posts in this mini-series: Introduction